VaderFan at the Movies: The Amazing Spider-Man

Here it is, the reboot that we’ve all been waiting for–except for me, since I’ve completely forgot this movie even came out. Normally I’d be super excited on a new Spider-Man movie, especially with Marc Webb as the director, but I never got that excitement that I normally would have. Now, the bad taste from Spider-Man 3 is still in my mouth, and it’s really too soon for a reboot to come, so I’m pretty sure that’s the main reason why I wasn’t that excited about it. Now, finally seeing it a week later, all I can say is that it’s just a good movie, and nothing really amazing, spectacular, or sensational, just a good movie.

The movie didn’t start out bad. It starts off with Peter Parker, played by Andrew Garfield, as a kid, and we get to see his parents for the first time. Apparently something happened and the parents have to go, so the mystery behind their disappearance became a catalyst that ends up Peter going to Oscorp, being bitten by a spider, and becoming Spider-Man. The only problem is that the origin story took way too long. It’s something that I felt I’ve just seen this story, and I just wanted them to go straight to Parker wearing the blue and red tights, and start beating up bad guys. This goes back to what I mentioned before, it’s just too soon for a reboot. If this movie came out two years later, it’ll seem more fresh and enjoyable, but I just got bored throughout the beginning of the movie, despite Martin Sheen playing as Uncle Ben. It wasn’t until Peter Parker puts on the suit, and starts kicking ass that the movie became really enjoyable. Also, seeing the relationship between Peter and Gwen Stacy, played by Emma Stone, also made the movie good.

Marc Webb brought in his excellent directorial style in the movie when it came to the relationship between Peter Parker and Gwen Stacy. Seeing them two together, I couldn’t help but feel loved and touched, like I wanted them to be together. Webb really brought that feeling out, since he’s been directing indie romance movies before this film. The action scenes were really cool, since many of the poses that Spider-Man does really looks like something that came out of a comic. Spider-Man also cracked up many jokes in the movie, like the one in the trailer, but even against the Lizard, he’s still cracked up jokes as he’s being thrown around and beaten to a pulp. Speaking of the Lizard, the CGI that was done on him was really impressive, but I couldn’t help but notice the grin that’s on his face. The movie also has everything a fan of the comics would want to see, such as the web shooters, the poses, and the jokes that Spidey cracks, as I mentioned earlier. Andrew Garfield also played a great Peter Parker, since he really brought out the troubled teen that we would see in modern times. However, the story plot of Peter’s parents just seem to be thrown out the window. It was the main catalyst for Peter, and it seems like the writers just completely forgot about it, and just went straight into the Lizard.

Now, I’ve said a lot of good things about the movie, but it followed a basic summer blockbuster movie. It didn’t have the same formula as the Marvel Studios movies, so it didn’t look as sensational as the other Marvel movies that led up to the Avengers. Marc Webb did as a fantastic job when it came to the relationships between the characters, and he did pretty good with the action scenes. As I mentioned earlier, if this movie came out two years later, it’ll been amazing, but since it came out now, it fell short of being spectacular. The 3D effects were pretty cool, but seems unnecessary to have. There is one thing that’s been bugging me, and it’s the end credits teaser. *SPOILERS* There is a moment where we see Curt Conners, the Lizard, in a prison cell, and a mysterious figure pops out of nowhere, asking if Conners told Peter about his parents. So, the plot that the writers just seem to forget all the sudden came back, and a mysterious guy teasing for the next movie. The movie didn’t really need that ending, but the adventure was good.

VaderFan signing out, and swinging away. 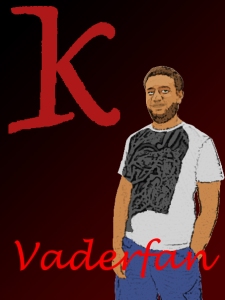