In this cast, we brave the beginning of the summer drought with some comic talk.

Superman and the Man of Steel movie

Rights to Star Wars games given to EA

What Disney is doing with their IP’s

In this cast, Koshr learns the topic of his future game!

Crysis 3 and the other Crysis games

Voting with your wallet

Mark of the Ninja

Remember Me projected for June

In this cast, we talk about the massive news of the newly introduced Playstation 4

-Downloads and its works

Mark of the Ninja

How much it takes to make a Skullgirls character

In this cast, the lull is looming.

In this cast, mmmmm….

Super Smash Bros. U and the EVO 8th game

THQ is no more

Dead Space 3 reacts to your emotions,

In this episode, we are all united for the first time since the cast has started!

In this cast, we talk about the Video Game Awards! We loved it as much as we did last year…

Lego Lord of the Rings

Why Star Wars: Battlefront 3 got cancelled

In this cast, less Halo 4, but enough to make it the title. And we played some other amazing things.

In this cast, Halo 4. Like almost the whole time. And Slippy is a bitch.

In this cast, a hot gamer girl is our new lord and savior. I like this new religion.

The Legend of Zelda: The Wind Waker- Menu Music http://youtu.be/SXGGvsHq6iA

Samifish decided to get in the loop this week, and we finally talk about Mass Effect 3

Intro- Give Thanks by Kero One- http://www.youtube.com/watch?v=1R6Oa8zhD3M 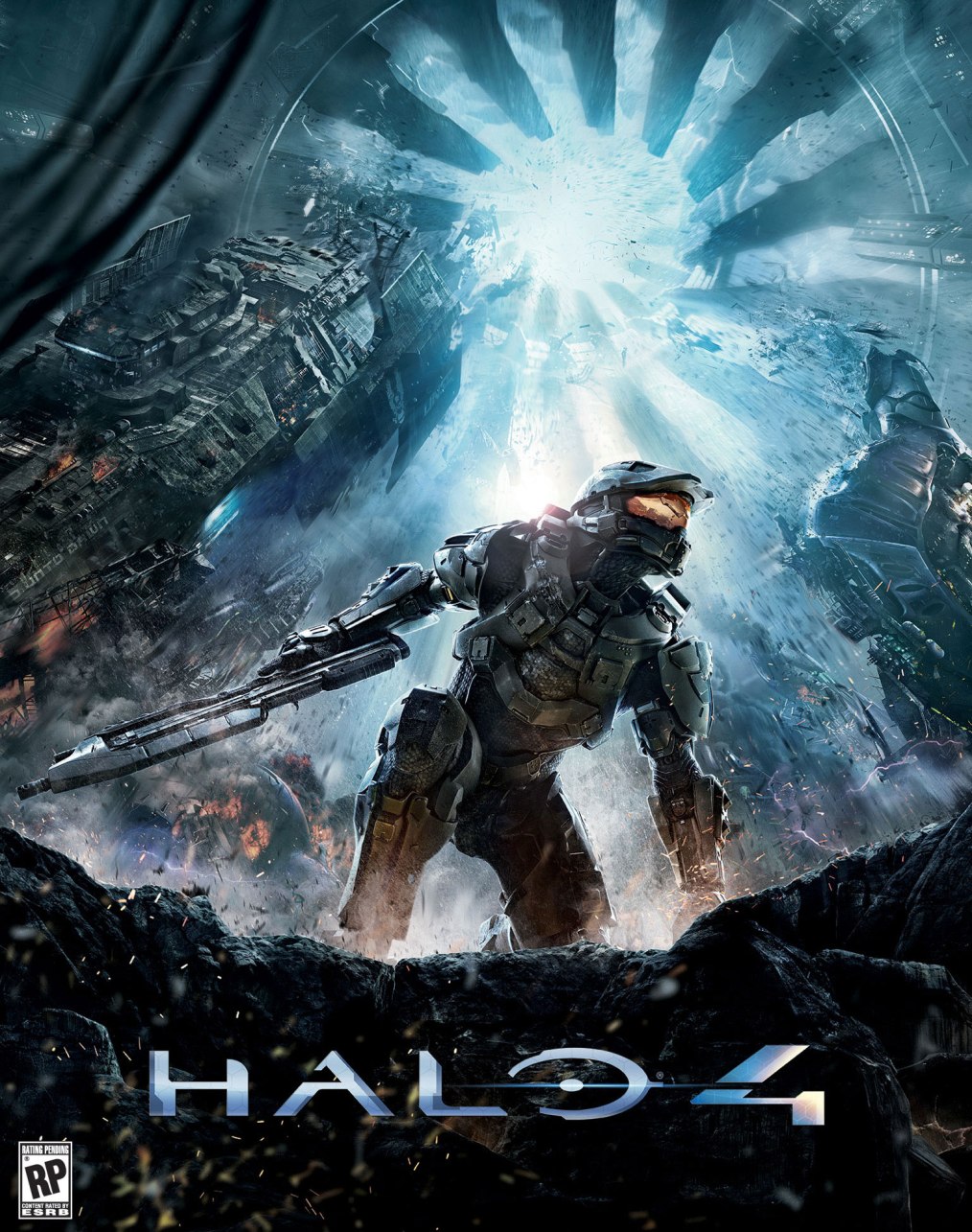 Koshr here of 1KCrew to talk(err, uh type) about the impending release of Halo 4 part one of the soon to be Reclaimer trilogy by 343 Industries. For a little bit of backstory, Halo 4 is the umpteenth Halo branded video game release, actually the 8th(not counting Gearbox’s port of Halo CE to PC as a separate release). Through the many versions of Halo we have all played, we all have our favourite version of Halo.

My favourite version of Halo is still Halo: Combat Evolved. This may be due to the many fond memories of smelly pubescent nights spent with 15+ other friends and friends of friends playing Halo through the night. “The good ‘ol days” is how I’ll always remember select weekends scattered throughout the years of 2002 – 2004. I still reminisce the days of getting a bunch of people together to all play together LAN style. Most of the kids anymore don’t even know this abbreviation: L.A.N. Local Area Network. Local, meaning that you had to play a game in the same room as other people (GO FIGURE :/). So, having proved that I’m completely biased towards Halo CE, I’ll do my best to present my newly found theory keeping in mind that I too did still enjoy Halo 2 and 3.

On November 9th, 2004 Halo 2 introduced dual wielding, a new main weapon, and a very heavily tweaked game engine now using Havok for physics as opposed to an engine entirely developed by Bungie like in Halo CE. Halo 2 brought the Halo series to Xbox Live, and is considered by many to be the game that brought the Xbox and Xbox Live to the incredibly high level of popularity that it continues to command to this day. Without going into single player, Halo 2 included major changes to the dynamic of what was Halo multiplayer. The new ‘main’ weapon that I had mentioned earlier was the Battle Rifle which was a burst-fire two-handed rifle, which was quite different from the single shot two-handed rifle they had shown in gameplay videos during the previous E3.

This video was probably what caused so much disappointment in Halo 2 for me, but I’ll save that for a different blog. The Battle Rifle changed the dynamic in Halo’s multiplayer by switching the main weapon from having a single-shot, high rate of fire weapon (as in Halo CE) to having a three round burst shot weapon. Halo 2 also brought new animation glitches including the infamous Double-Shot (allowed for two bursts to be shot simultaneously) and the dreaded BXR (literally the button combo of hitting the B, X, and R buttons/trigger in sequence to do a lightning fast punch-shot that would be an instant kill when properly used). Halo 2 was featured in MLG league play including 4v4 gametypes as its major competitions. I personally competed in MLG Halo 2 tournaments when they still were hosting 2v2 a gametype. I did not get very far, though I didn’t care to having already given up on thoroughly enjoying Halo 2 as I had Combat Evolved. The dual wielding in Halo 2 also presented another dynamic as well as a new, and equally annoying, use for the Plasma Pistol. What I have come to consider the ‘Halo 2 n00b combo’ included using a fully charged blast from the Plasma Pistol to relieve an enemy of his shield then quickly switching to the Battle Rifle to finish said enemy with a pinpointed burst of bullets to finish the enemy, as long as this burst was a head shot. These were perfectly valid tactics, I just didn’t like them for balancing because you could too easily get ganked without any notice since these combos could retire you nearly instantly. Halo 3 felt quite similar to Halo 2 for me so include it with Halo 2. It added more melee weapons for single and multiplayer modes as well as a better graphics engine that allowed the game to render three dimensional objects as far as 10 miles from the player in real time.

Halo CE and Reach both featured ‘main’ weapons that were single-shot, mid to far range weapons that could zoom in for better long distance accuracy. Halo CE’s M6D Pistol was a perfectly accurate shot. Bungie probably used some form of simple Ray Tracing to program its shot since it seemed to always shoot exactly in the middle of its reticle. Halo Reach’s Designated Marksman Rifle also was a more accurate weapon, although Halo Reach did include the ‘bloom’ effect that lowered shot accuracy when shot in quick succession. Bloom was probably the one major detractor to me liking Reach as much as I could have. Halo Reach was mentioned by on of the developers as being “for the fans” at one point and, looking back, I feel that the ‘fans’ mentioned were me and the other Halo players like me who, at that point, were still rigging up old original Xboxes with ‘Duke’ controllers whenever the moment arose. Halo CE did also have its animation glitches and button combos. These included the BLB (punch, grenade, punch) and my favourite, XXY which would allow your weapon to be reloaded whilst wielding your secondary weapon. It would still take the same amount of time to reload but you could still shoot during that period. The game physics in Halo CE required you to lead your shot the further away and the faster your target was moving allowing for more realistic dynamics, even though the game takes place in the 26th century. The newer games did not seem to require as precise shooting though they obviously still require some ‘leading’ of your shots. During the LANs that I previously mentioned, I took part in some of the most epic multiplayer games that I ever have played in any game, EVER! Imagine a capture the flag match where the goals was simply 3 flags to win, and being at the 2 to 2 stalemate. Now imagine having the teams flag, while they had yours (you had to own control of your own flag to score the opposing team’s flag). Well, this match, in specific, lasted for over three hours. The highest kill count was in the range of 350. Tensions were at the boiling point, and wonderful games of FFA Rockets on Wizard with half health and no shields quickly brought everyone back into the fast paced fun of the night. This is the wonder and glory that Halo CE still holds for me to this day. Early in my Halo 2 career, I was playing an online casual match where the match was nearing the twenty minute mark when teammates and members of the opposition were quitting out due to how ‘long’ the match was taking to finish. ?! …. some people I guess

Halo 4 will be releasing November 6, 2012. Halo 4 will also be featuring both the DMR and the Battle Rifle. Given that this game’s matchmaking settings will allow for it, I will very quickly be creating a custom gametype that will allow for the player to choose a Halo CE/Reach vs Halo 2/3 gametype. In essence, this will be a DMR vs. Battle Rifle gametype allowing gamers to put their skills on the line to prove their favoured game’s worth once and for all.

So, in summation, all I am really trying to relay is that even though there are a lot of us Halo fans, I feel like there are really two, very different, types of Halo fans. There are the fans that probably started playing Halo at their friends’ LAN parties but didn’t actually own Halo until Halo 2 or 3. These would be the Halo 2/3 archetype. Then, there are the true (what?! I had to…) Halo fans who helped Halo become popular in the first place by supporting an entirely new game console, that most people thought would fail horribly. These would include the Halo CE/Reach archetype. This same dynamic also applies to many other aspects within our wonderful video game culture (i.e. the 2 very different types of ‘Classic’ RPGs, I’ll cover that later).

With all of that off of my chest, I cannot wait to take you out with my DMR when 343 Industries’ Halo 4 releases November 6, 2012. This is KosherFistsOfFury of 1KCrew signing out.

Other news and stuff

In this cast, we talk about the possibilities of the content of Mass Effect 3 DLC coming out.

The Last of Us

Lord of The Rings/Batman Legos

This time, Vaderfan and Samifish talk about E3 and all the wonderful things they saw during the press conferences.

Need For Speed: Most Wanted

Aisha Tyler and Toby and their annoying shit

With us reunited once again, we begin the hate trains.

In this cast, we decide to get Vaderfan’s hopes up, just so we can bring a hammer to them.

Some hard topics today. So of which I couldn’t listen to. Hope you enjoy!

Would you pay for a new Steel Battalion controller?

Something special in this cast, I hope you enjoy!

First game that made you cry.

Battle Tech and other table tops

In this cast we talk about video games. Just not entirely